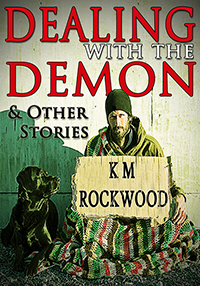 Five stories of five people who struggle to survive on the fringes of society.

- Jerry, a homeless veteran with PTS who doesn't need more trouble in the form of drug dealers who think he may have witnessed a murder, or an injured stray dog he drags out of the rain into his ragged shelter... or a demon.

- Ruth, a young mother abandoned on a drought-stricken farm by her husband and family.

- Joe, a recently paroled convict who has become a project for his aunt's stern church auxiliary group.

- Crystal, whose children were sent to foster care, wants desperately to reclaim them and give them a better life than she ever had.

- And Harry, who has lost pretty much everything - his job, his wife, his house - and will take any job offered to him.